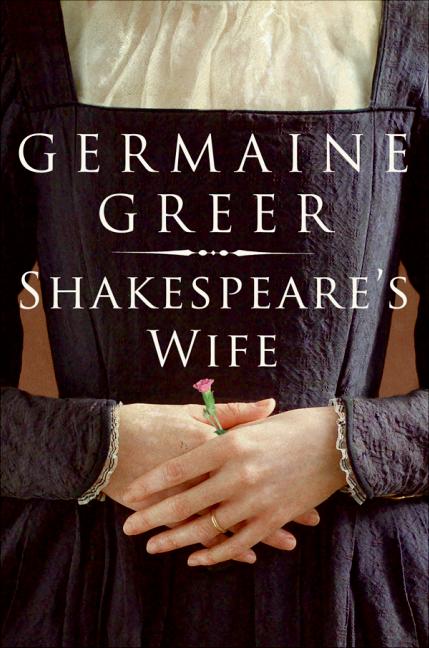 I think I’m going to have to conclude that this was a good book, just not the right book for me. The premise is fabulous: most scholars have assumed that William Shakespeare had a terrible relationship with his wife and they completely discount her as an influence on his work.  Germaine Greer promises to re-examine primary sources to explore the possibility that this misogynistic approach may be entirely wrong, and that Ann Hathaway may have played a larger role in Shakespeare’s life than has traditionally been thought.

Good so far.  Greer than goes into a minute examination of every primary document that might shed some light upon Shakespeare’s or Hathaway’s private lives, with further exploration into the lives of other families in Stratford in the same era to provide some background into what life, and marriage, was like in that place and time.  She is scathing in her condemnation of other writers who make completely unsupported (and unsupportable) assumptions about Shakespeare’s marriage, but all her research reveals is that so little is known about the private life of England’s greatest playwright that no assumptions about his marriage — including Greer’s own — can possibly be supported from the evidence.

END_OF_DOCUMENT_TOKEN_TO_BE_REPLACED

The Last Concubine, by Lesley Downer 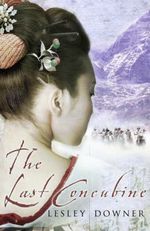 This historical novel, like the Pauline Gedge series on Egypt I read lately, had both the advantage and the drawback of being set in a world I know almost nothing about.  Unlike, say, Vanora Bennett’s Wars-of-the-Roses England in Figures of Silk, where I already know the setting and the major players and I just have to fit these new characters into the story, a novel set in ancient Egypt or 1860s Japan has to work a lot harder to bring me up to speed. But once I’m drawn in to the setting, there’s so much more to learn, since I firmly believe (as I may have mentioned ad nauseum), that a good historical novel can teach you more about a time and place than all the history books every written.

The Last Concubine tells the story of Sachi, who grows up as the adopted daughter of an innkeeper in a rural Japanese village, knowing nothing about her true origins. Her world changes forever when an imperial princess, on her way to marry the shogun, passes through the village and takes Sachi into her entourage.  In the secluded, formal, traditional world of the women’s palace in Edo, Sachi eventually becomes the last concubine of the last shogun — but that’s just a prelude to the turbulent events she’s about to be caught up in as Japan erupts into civil war and the world Sachi has grown up in, a world that seemed immutable for hundreds, even thousands of years, changes almost overnight.

END_OF_DOCUMENT_TOKEN_TO_BE_REPLACED 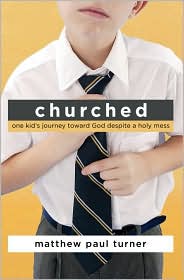 I discovered the existence of Matthew Paul Turner via a link to his blog, Jesus Needs New PR, on someone else’s blog, and immediately knew that churched was a book I had to read.  This is a fast-paced, funny, bittersweet look at growing up fundamentalist, and from the moment I picked it up I couldn’t put it down.

The subtitle is “one kid’s journey toward God despite a holy mess,” and the memoir basically explores the often-traumatic journey of Matthew’s family into a very conservative Baptist church, starting when he was a little kid and continuing through his teen years.  There’s a lot here than anyone who grew up in any kind of conservative religious background will find easy to relate to — but most importantly, it is very, very funny.

Turner has been compared to a lot of other authors, including David Sedaris, but for much of this book the voice reminded me most of Andy Nash’s sadly underrated Growing up  Adventist.  Turner has the same ability to capture in a word or phrase the absurdities of church people and church life, and for some of us that single word or phrase ends up evoking a whole childhood full of memories. Admittedly, the tone is a bit darker than Growing up Adventist, because Turner clearly sees the kind of fundamentalism he grew up with — strict and fear-based, with a strong emphasis on hell — as having done him more harm than good. However, as the subtitle implies, fundamentalism didn’t destroy his faith, though he eventually found a different channel for it.

If you want a laugh-out-loud look at conservative Christianity that also forces you to think a little, you will not find a better book than churched. I recommend it very highly.

Figures in Silk, by Vanora Bennett 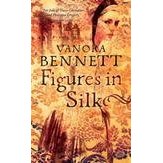 This was an absolutely captivating historical novel, set in the Wars of the Roses era but featuring behind-the-scenes middle class characters rather than the royalty and nobility whose stories are so familiar from that era (although they do make a appearances as well).

The main character in Figures in Silk is Isabel Shore, sister of Edward IV’s mistress Jane Shore.  Like Jane, Isabel is a London girl who becomes entangled in the affairs (literally) of her betters through a chance encounter with Richard, Duke of Gloucester.  Dedicated Ricardians may be put off by the picture of Richard this novel paints, but he is a  much more complex character here than he usually is in the hands of either his admirers or his detractors.

END_OF_DOCUMENT_TOKEN_TO_BE_REPLACED

Incident at Badamya, by Dorothy Gilman 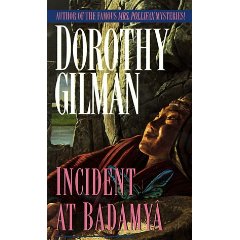 I love serendipitous books, as I’ve mentioned before — those unexpected discoveries you’d never pick up unless you saw them on a library display or heard someone recommend them.  Or were in an online book club where people suggest books they’ve liked, as was the case with Incident at Badamya.  I wouldn’t have come across this book otherwise, but I’m glad I did.

It’s a very short and easy read about an American teenager in Burma in the turbulent years after World War Two.  When Gen’s father, a former missionary, dies, she tries to leave the country to go to the United States, as  her father wanted her to do.  But along the way she is captured by insurgents and becomes part of a group of American and European hostages.

Resourceful Gen is determined to escape, but what gives the novel its interest is the relationships she forges with her fellow hostages.  Each member of the small group is inclined at first to judge the others harshly on outward appearance, but as they survive their ordeal together, each person goes through important changes and learns something about the others as well as something about themselves.  This is a thoughtful, insightful little book with a tight enough plot to keep the pages turning, and a haunting little twist at the end.  I liked it very much.